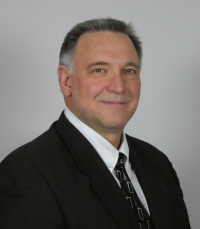 Mr. Ray G. Buckles, President, CEO, Chairman of the Board

Ray Buckles, President, CEO and Chairman of Heaven Sent Industries, PBC, is a results-driven entrepreneur, business executive, engineer, inventor and the holder of numerous United States and International patents in various industries and technologies. He has strong general business qualifications and is a seasoned and experienced business and financial consultant as well as an accomplished developer and manufacturer of innovative high-tech devices and related equipment who has managed and founded numerous technology and other companies in various fields.

In 1991, while at McDonnell Douglas Corporation, Mr. Buckles founded and served as President and CEO of ACM, Inc., a contract engineering, development, and manufacturing company. At ACM, Inc., his responsibilities were numerous and diverse. He guided the company through sourcing and establishing multiple in-house assembly lines for numerous high-tech electronic and pneumatic products in various industries including the medical field and truck tire industry. He successfully selected and managed over 200 vendors and subcontractors worldwide, coordinating their efforts and resources with those of the company, creating a positive effect on the bottom line for the shareholders. Mr. Buckles hired and managed key production line personnel, support staff and a top-notch engineering staff and personally participated in the design and development of numerous high technology products in various industries. He also secured funding for the expansion of the company and its product lines.

In 2004 Mr. Buckles participated as a business and technology consultant to a startup technology company. During this time he advised and assisted the company and its founders in manufacturing, assembly and deployment of its product lines, including coordinating and assisting with numerous international suppliers and subcontractors. Mr. Buckles employed “tariff engineering” techniques to create strategic methods of importing component assemblies from international sources, positively impacting the company’s operations. He also assisted the company in becoming publicly trading, resulting in a market capitalization of over $200,000,000USD in just a few months.

From 2005 to 2007 Mr. Buckles served as a business and technology consultant to the founders of Dignity Products, Inc., a medical device technology company. From 2007 to 2012 the founders and Board of Directors engaged his services as interim President and CEO. While serving at Dignity Products, Inc., Mr. Buckles managed all operations of the company both domestic and international, directed international multi-center clinical trials, directed product development and marketing strategies, managed finance and accounting, and supervised investor relations. He conducted and completed clinical trials in Italy, directing an international staff of doctors and medical professionals including the participation of ten international medical centers and directed the publishing of clinical trial results in high profile medical publications through international company medical staff. Mr. Buckles successfully guided the company through a two year IRS audit, seeking taxes and penalties on $300,000,00USD but was resolved resulting in a nominal IRS refund to the company and quantified, through this audit, the company’s $498,000,000USD valuation.

From 2013 to present Mr. Buckles has acted as a contract business consultant, advisor and engineering consultant to various companies in the United Sates and other countries regarding certain special business, engineering, product development, and asset development projects. Mr. Buckles is currently under NDA’s regarding his services and activities with those companies. 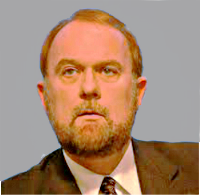 Former U.S. Ambassador Michael Ussery, member of the Board of Directors of Heaven Sent Industries, PBC, has led major investments, business development and humanitarian projects in East Europe, Asia, and the Mid-East. Today he serves as a Senior Advisor under a global contract to the U.S. State Department.

Ambassador Ussery also is Vice Chairman of Kima Communications. Since 2009, he has been Chairman of the Advisory Board of the CalErin Group, an investment advisory firm in East Europe. He also is Chairman of Mongolia Holdings, and a co-founder of Safi Apparel in Afghanistan – now in his 15th year on the Board of Directors. Last year he became a founding Board Member of the Hellas Investment Fund for Greece.

Ambassador Ussery serves on a pro bono basis to the Advisory Boards of CorpsAfrica and the International Stability Operations Association, and as a founding Board of Trustee of the Chinese American Museum Fund.

From 2000 to 2014 Ambassador Ussery was a Global Adviser to General Dynamics. In 2001, he was appointed by the Governor of Virginia as one of six Commissioners of the Vint Hill Economic Development Authority, turning a former U.S. military base into a commercial center.

Ambassador Ussery was Co-Founder in 1997 of the Romania Moldova Direct Fund (RMDF) and Chairman of its Advisory Board. RMDF turned around five distressed companies, including acquiring near bankrupt Rompetrol, turning it around, and selling the company ten years later for $4 billion.

Ambassador Ussery is President of CAUA, planning and organizing American universities overseas. Previously, Ussery was Chairman and President 2002 – 2006 of the Coordinating Council for International Universities that planned the American University of Afghanistan.

Ambassador Ussery was appointed by President Reagan on December 22, 1988 to be U.S. Ambassador to Morocco, at that time the youngest serving U.S. Ambassador worldwide. He was confirmed by the U.S. Senate 98 – 0, and he served in Morocco until 1992.

At the U.S. Department of State 1981 – 1992, Ambassador Ussery also served as Deputy Assistant Secretary of the Near East and South Asia Bureau; Chairman of the twelve federal agency Libya Task Force, and White House Liaison. In 1988 he was a Senior Advisor to the Bush Campaign.

Ambassador Ussery began his Washington and international career as Chief of Staff to Congressman Carroll Campbell. He graduated from Newberry College where he has since been honored as a Commencement Speaker. 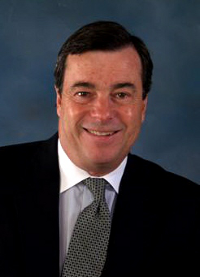 Birge Watkins, member of the Board of Directors of Heaven Sent Industries, PBC, is a Director of Managed Investment Opportunity Corporation, a New York based fund of funds, a Director of Hellas Investment Management LLC, an international real estate investment company, and was previously a member of a number of other financial and real estate investment company boards. He is currently on advisory boards for companies involved with software, communications, and manufacturing.

Previously, he served on the board of The Lowell Group, a U.S. private equity investment firm with financial investments in Europe. He was Vice President of the Private Client Group of FBR Investment Management Inc. and a registered investment advisor. His real estate investment and development experience includes Vice President of Benton Resources, an affiliate of Trammell Crow Corporation, Vice President of Landmark Atlantic Holdings, and a consulting partner with Encompass Real Estate Advisors.

In government, he served as Staff Assistant to the President for Economic Affairs at The White House (Ford Administration) and staff member of the Council on International Economic Policy. Later, he served as Assistant Director of President Reagan’s Task Force on International Private Enterprise at USAID. He was a member of President George H.W. Bush campaign, convention and transition teams and was appointed to be Deputy Assistant Secretary of the U.S. Department of Agriculture. He was also Director of the Resolution Trust Corporation’s (FDIC) National Investor Outreach Program. He is a member of U.S. Senior Executive Service.

He was an elected at-large member of the Warrenton, Virginia Town Council and was appointed by two Governors of Virginia to the Vint Hill Economic Development Authority where he served as a Commissioner and Chairman.

He received a BA from Alma College, a MBA from the London Business School, and a MPA from the Harvard University. 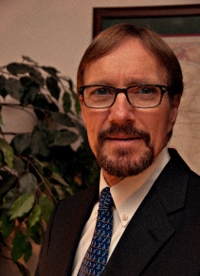 Gary R. Blumenthal, member of the Board of Directors of Heaven Sent Industries, PBC, is President and CEO of World Perspectives, Inc., a global agri-food market analysis and strategy consulting firm. The company utilizes over a dozen analysts around the world to provide the industry with daily analytical reports on global commodity markets and government policy interventions affecting the market. It also offers specialized consulting services including market investigations and strategies, policy analysis, investment due diligence, and audit and evaluation of existing marketing efforts. The firm’s expertise on the dynamics, economics and outlook for the agri-food sector is frequently made available via professional presentations.

He has been a contributing author at the Congressionally chartered Wilson Center with publications centered on changes in the global agricultural system. 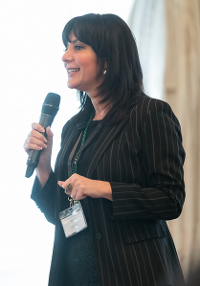 A Master Networker and Connector, Amour’s passion lies in connecting investors with opportunities in the tech space. She has worked cross-culturally and in several verticals in regions like Africa, Middle East, South East Asia, USA and Europe.

A Blockchain enthusiast and tech junkie, she has chaired several financial and investment conferences in Europe and has an excellent track record for hosting successful events for investors in the tech space. She has extensive experience in advertising, marketing, sales, project management and event planning, having held various international senior executive management positions in a number of companies worldwide.

With a background in film and advertising, Amour enjoyed a stint as Executive Producer at LA-based film production company, Production Inc. – producers of Quentin Tarantino’s film “Hostel” which was directed by Eli Roth. Other films the company co-produced included “A League of Extraordinary Gentlemen” starring Sean Connery, and “Running Scared” starring the late Paul Walker.

A consummate professional, she is highly regarded in the investor community and possesses an exemplary reputation. Amour is also highly active on LinkedIn, with 14k+ followers. 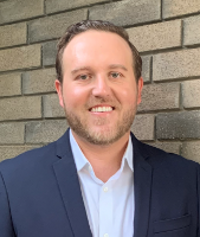 Wyatt Beauprez, Chief Financial Officer (CFO) and member of the Board of Directors of Heaven Sent Industries, PBC, has worked in the public accounting sector for over ten years. Employed by several successful regional Oklahoma and Texas based accounting firms. He has held the position of Senior Tax Accountant and Tax Department Manager.

As a tax accountant, he worked with numerous high-net-worth clients with extensive holdings. Work which entailed in-depth tax planning and estate planning services. During this time, he developed a passion for working with startups and mid-level companies to implement novel tax mitigation strategies to maximize gains and minimize exposure to loss.

Wyatt navigated client ventures in Opportunity Zones created under the Tax Cuts and Jobs Act (TCJA). By doing so, he has led clients to optimize their investments and reap the full benefit of the 2017 tax reform.

As of more recent in his career, Wyatt has helped businesses implement more efficient processes and add more value to their clientele. This includes implementing new software platforms to streamline procedures, processes, and protocols.

Wyatt has also consulted for several local non-profit organization based in Oklahoma City. He is passionate about giving back to his community. He developed a passion for real estate when flipping properties during his undergraduate degree and has since held multiple real estate investments.

Wyatt graduated with a Bachelor of Science in Accounting from Northwestern Oklahoma State university. As well as a Master of Business Administration from the University of Central Oklahoma. He was awarded top consulting thesis of his graduating class. 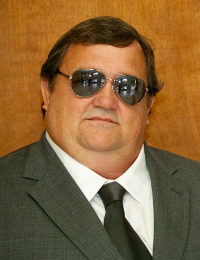 Dr. Hatton’s philosophy and words of wisdom for success are simply stated, “provide customers with the highest quality product possible at the lowest possible price while providing a decent salary to our employees and a fair rate of return for our investors” and “be good corporate stewards of our environment and communities” and “always maintain a friendly, fair and creative work environment which respects diversity, new ideas, and hard work” and “by following these philosophies, success beyond your wildest dreams is inevitable”.